Those two world-jazz musicians met in Copenhagen and discovered instantly a musical connection which they developed through the years playing and touring together with different projects. Recently, they recorded this new duo project « Wind of Tomorrow » presenting their compositions, that conjugate Mariane Bitran’s warm and expressive flutes with Alain Apaloo’s inventive lines and style that frequently remind one of his native country, Togo. The interplay is almost tangible, producing a colorful variety of new sounds; the rhythmic is evolving firmly, taking the audience into a poetic journey, sometimes nearly trance like… 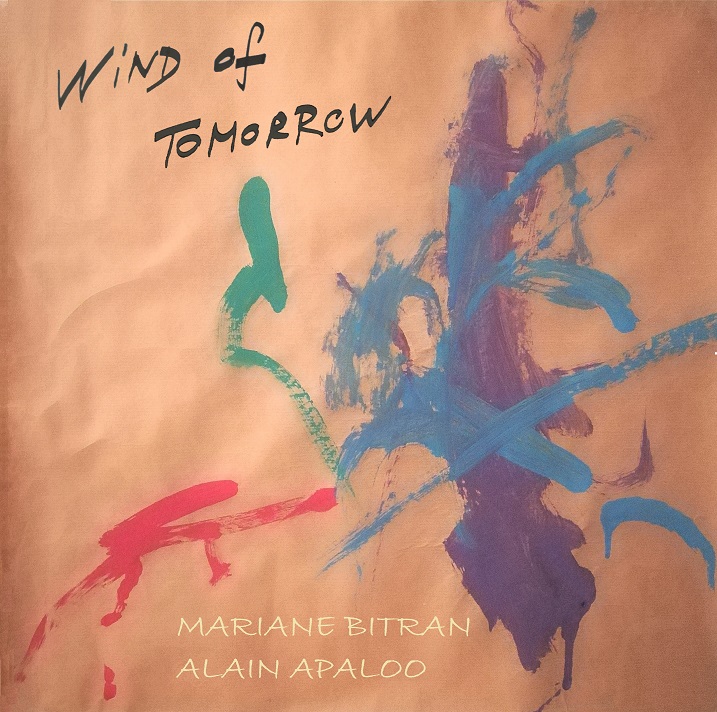 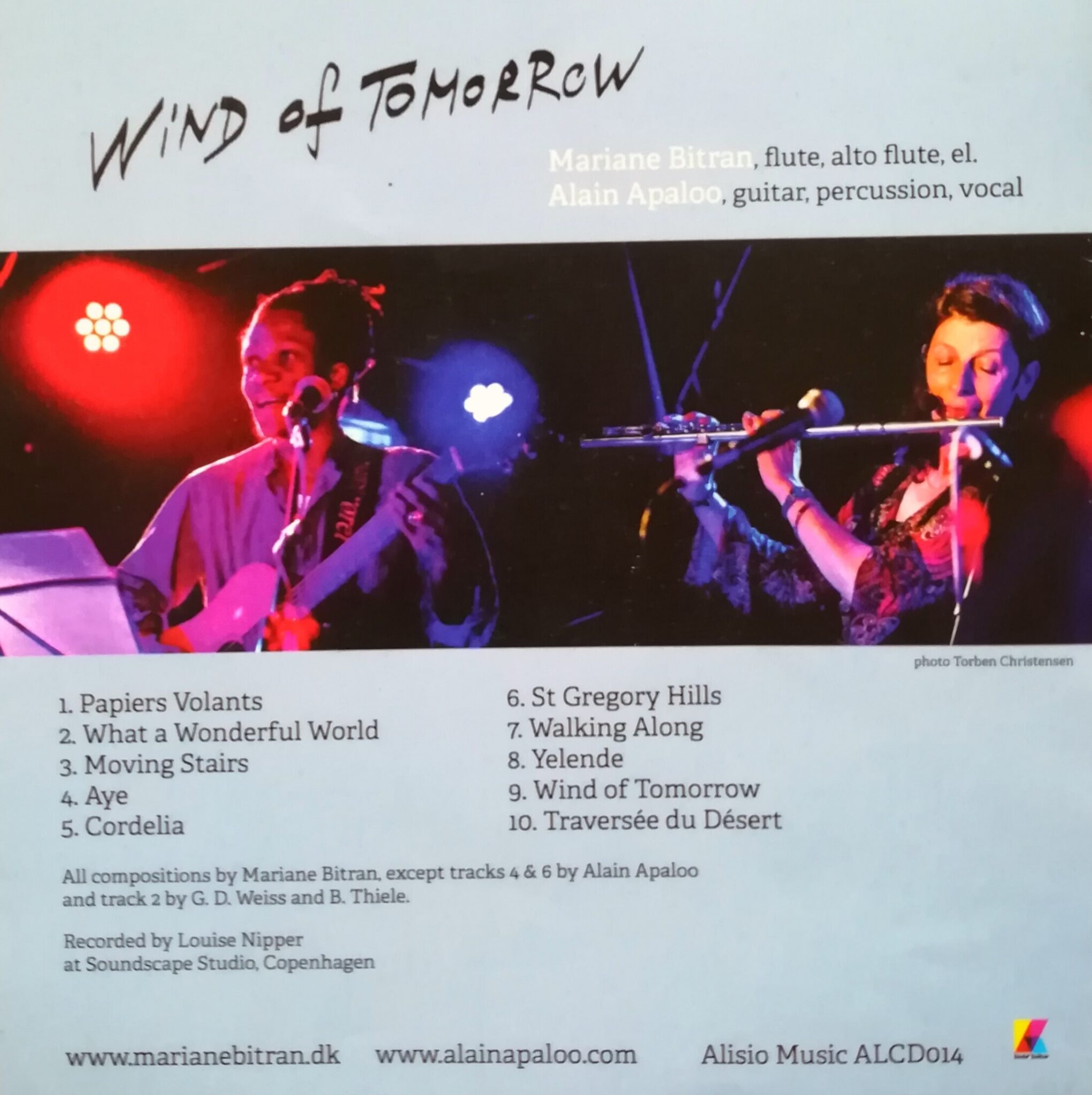 Mariane Bitran
French flutist living in Denmark since 1998. Her music is wide-spanning; inspired by different forms and rhythms and by her collaboration with musicians from the world-jazz-scene, as well as her roots in both classical and contemporary music. Mariane Bitran has released two albums with her quintet on Stunt Records, A Place for you and All One, then in collaboration with Japanese pianist, Makiko Hirabayashi, Grey to Blue with American saxophonist, Bob Rockwell.
As soloist, Mariane Bitran has performed in festivals and toured in France, Germany, Denmark, Sweden and Brazil, with musicians such as: Christophe Chassol, Zoomtop Orchestra with Richard Bona, Oscar Castro Neves, Novelli, Pernille Bevort, Marcelo Nisinman, Simon Spang-Hanssen’s Brazilian Project and Café Central, Bojan Z … In Denmark, Mariane has played/recorded with Peter Danstrup Sacrified, Alain Apaloo’s ApiPipo with Kurt Rosenwinkel, Arnold Ludvig Sextet, Jens Viggo Fjord Trio, Saba with Ayi Solomon, Frederik Lundin, Marilyn Mazur, Ijexa Group, Barthelot Ekeme with Palle Mikkelborg, among others…

Mariane Bitran can play in this sphere where contrasts meet and this is an artistic strength.
Tine Clara Holbøll. Jazz Special
» She expressed herself with elegance…and at the same time she possessed a reel and progressive imagination in the jazz idiom. »
Kjeld Frandsen – Berlingske Tidende

Alain Apaloo
Started from childhood playing traditional drums in traditional african music ensembles in his home country, in Togo. Alain began to play guitar early with the legendary Togolese blues singer, Jimmy Hope, then in Ghana with Kwame Yeboa’s Sakra Band.
In 1996, Apaloo fell in with Ghana’s leading star, Kojo Antwi, touring extensively throughout Europe and North America.
Since his move to Copenhagen, where he graduated from The Rhythmic Music Conservatory, Alain Apaloo has leaded his own projects: Apaloo’s Solo, Mezzy Slide & The Crew, APT3 and ApiPipo, world music that is inspired by Alain’s African roots and jazz. Especially, this project has been successful with two albums: Nunya guest starring guitar player, Kurt Rosenwinkel and Floodgate, that won the Danish World Music Award of the year 2009.

In addition to being a fantastic soloist and personal singer, Alain Apaloo also has a wonderful feeling for the collective.
Alain Apaloo is an artist that can not be ignored!
Politiken