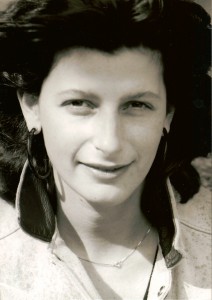 » Mariane Bitran can play in this sphere where contrasts meet and this is an artistic strength. »    Tine Clara Holbøll. Jazz Special

« The concert as a whole, was marked by the will to innovate and a sense of collective playing. » Ivan Rod-Gaffa

Born in Paris, France, she started to play flute as nine-year-old, in 1979, she graduated 1 Prix C.N.R. She began her professional career in Paris in 1981 and have been resident in Copenhagen since 1998.

As soloist Mariane performed in festivals and toured in France, Germany, Denmark and Brazil, with musicians such as  Simon Spang-Hanssen, Pernille Bevort, Alain Apaloo, Marcelo Nisinman,  Christophe Chassol, Richard Bona, among others…

Her music is wide-spanning; inspired by different forms and rhythms and by her collaboration with musicians from the  world-jazz-scene, as well as her roots in both classical and contemporary music. Several compositions are written for a quintet-form, as well as arrangements of music by among others Carl Nielsen’s The Fog is Lifting and a special arrangement of Syeedas Song for flute by John Coltrane mixed with Nardis from Miles Davis.

In 2003, she records her first album A Place for you, produced by the danish label Stunt Records, with pianist, Poul Reimann.

In 2009, along with pianist and composer Makiko Hirabayashi, she creates a new Quintet: Bitran-Hirabayashi « Grey to Blue » (Cd released in 2009 on Stunt Rec.), featuring the american saxofonist Bob Rockwell. The group play compositions of Bitran and Hirabayashi and also Makiko’s arrangement of Carl Nielsen’s Tit er jeg glad. Touring in Denmark.

Since 2010, Bitran is also a member of Simon Spang-Hanssen’s Brazilian Project, which started out by an invitation to perform at the Museo Da Pampulha, Belo Horizonte (Brazil) in 2010, the music was released on the album « Bird in Space » touring both in Denmark and Brazil in 2012 and 2014.

In 2012, Mariane was invited for a flute-electronic solo-performance for the pre-opening of Jean Nouvel’s new museum projekt, R4 Préfiguration, Ile Seguin, Paris.

Experience with Theater and Dance:

A collaboration since 2001, with cameroonian dancer  and choreographer Barthelot Ekeme Same. Show « The Butterfly » at Roskile Days Festival.

With german actor, Jorg Bendrat, in the form of a duo-performance built on Kafka’s Rapport to an Academy ( Goethe Institut in Frankfurt, Konstanz Theater, Stuttgart Theater and Théâtre de la cité Universitaire, Paris)